Register to Attend Apply to Exhibit

Whether you are coming from the airport, a local hotel or elsewhere in and beyond Metro Vancouver, there are many convenient and green options to get here. Take the efficient transit system featuring the SkyTrain, buses and the SeaBus; the plentiful taxis in the city; or even a scenic float plane to our doorstep. Situated in one of the world’s most walkable cities, the facility is also easily accessible on foot from the many downtown hotels. What’s more, Vancouver boasts an expansive bike route network, which our facility is proud to be a part of. 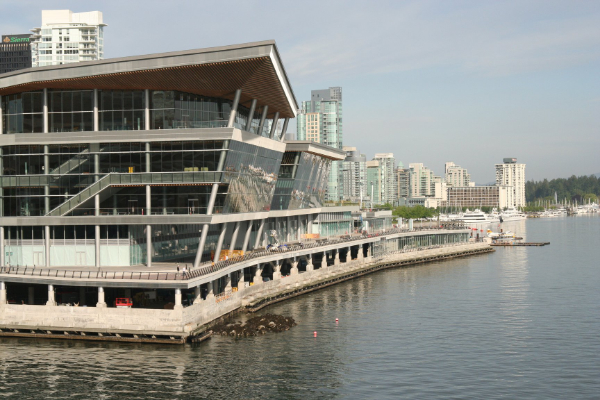 The Bakery Showcase will take place in West Hall A. Click here for more information.

Equidistant from Europe and Asia, bordering the United States, Vancouver is home to the award-winning Vancouver International Airport (YVR), the second largest airport on North America’s west coast. Travelling downtown to the Vancouver Convention Centre is as easy as taking a taxi, limo or the Canada Line rapid transit system, and takes less than 30 minutes.

Getting to Vancouver, an international city with modern transportation, is easy. And once you’re here…it’s even easier to get around. Click here to explore.